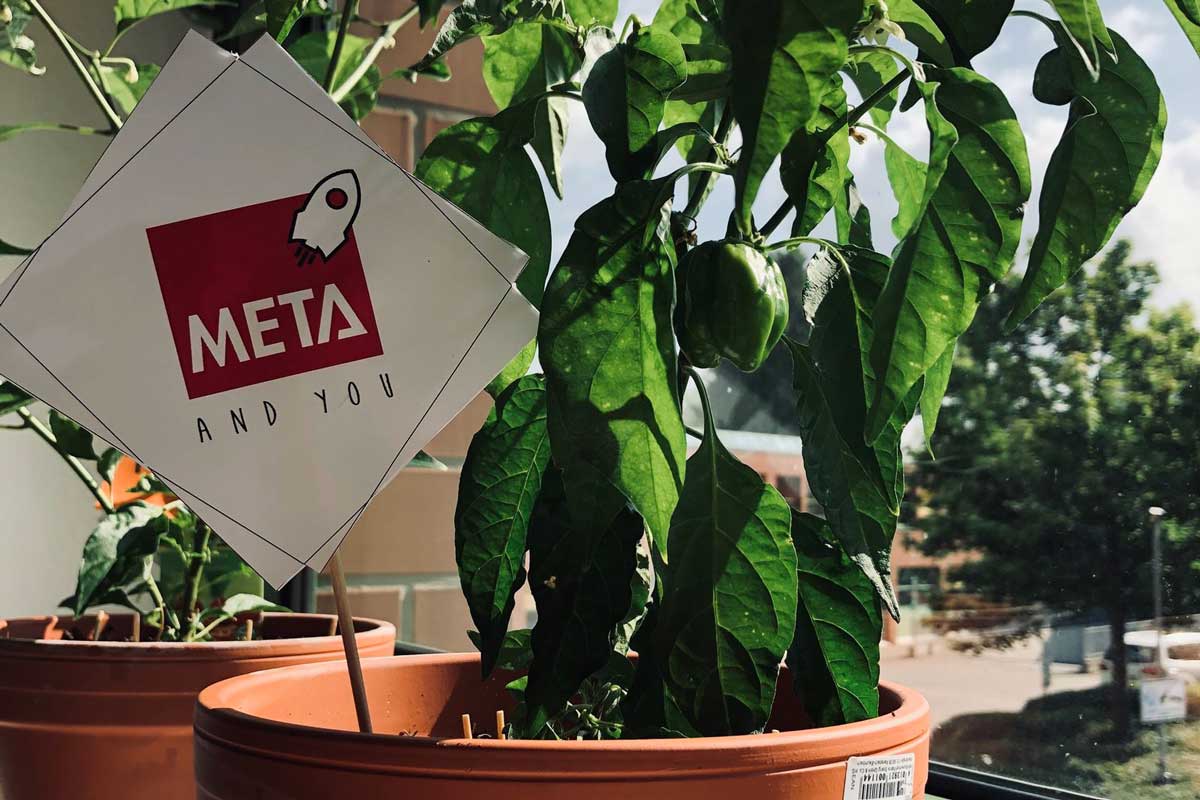 Working together, growing together: this could be the motto of the latest community project of the Digital Hub Logistics. In fact, the project is called “HUBanero”. The members of the hub have recently started to cultivate chili plants of the hot Habanero. Whoever harvests the most and the hottest chili fruits in a period of three months wins. The prize? Still secret! “With this project, we want to once again promote the community spirit of our Hub Members,” says Hub Manager Christian Prasse. “The idea behind the competition is to raise awareness for innovation and creativity”.

Innovations in breeding chillies? Isn’t regular watering enough? “Of course, the supply of water to the plants is a priority,” smiles innovation coach Darja Kramer, who is in charge of the operational side of the project. “But of course this can be done in the traditional way or using digital aids.” In the competition for the thickest chilli, some teams would therefore secretly already be working on a water control system via app. They are also considering “tweeting” plants. Certain status information (e.g. temperature, humidity, etc.) could be fed into a social network and made available to the team.

The extent to which the start-up and start-up gardeners are involved in the community project is shown by the fact that each of the six teams has also given its plant a name. Sometimes a classic name celebrates a comeback – such as “Jürgen”, elected by Beulco’s representatives – and sometimes the name is the program – as in “Dynamite exxxtreme” by the hub organization team. Those who are interested in the individual plants: The Hub Team has also posted information on each individual plant on Twitter. A positive side effect of the project is of course that the facilities of the Digital Hub Logistics are becoming greener and therefore even more beautiful.

At the beginning of the year, the hub team, hub members and partners had already go to the Wischlingen ice rink as part of a community event – including automated motion analysis by the start-up MotionMiners. With the Hula.Hub series, in which a Hula Hoop tire had to be built and digitally refined the hub had implemented the idea of extraordinary community support for the first time at the end of last year.

PS: The first fruit has grown. The META Regalbau team is currently in the lead.