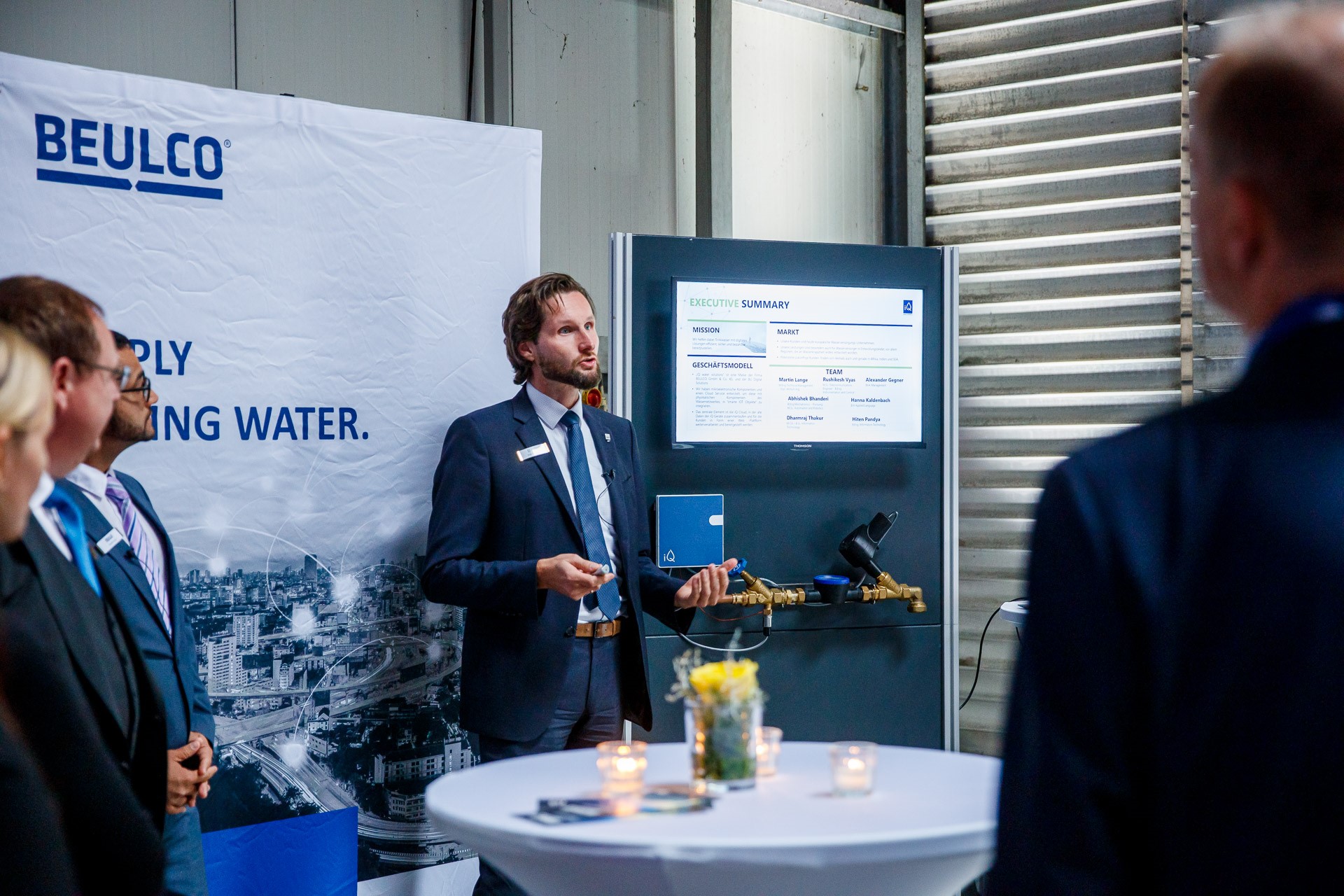 Intelligent products for water supply are created in the Digital Hub

With a consistently implemented digitization strategy to new business models and innovations: BEULCO GmbH from Attendorn is a TOP 100 innovator in Germany. A success that the SME celebrated this year with its first Innovation Day. Representatives of Fraunhofer IML and the Digital Hub Logistics from Dortmund also took part in the festive event at the company’s headquarters. After all, the scientists have repeatedly accompanied BEULCO in the implementation of its digitization strategy – from initial transfer projects to the founding of the start-in iQ water solutions.

The starting shot for the collaboration was fired at the end of 2016 at an initial company meeting with the experts from Digital in NRW, now the Mittelstand-Digital Zentrum Ruhr-OWL. This was followed in 2017 by an initial company visit, a potential analysis, a design workshop and a transfer project in the field of intralogistics. In the period that followed, digitization took shape step by step: driverless transport systems were used, automatic fill level measurement of containers was developed, and digitally supported automation of production was realized with the help of state-of-the-art robots. Artificial intelligence is now used in document management, products have been digitized, and new business models have been built in the platform economy.

Start-in takes off in the Digital Hub

The collaboration with the Fraunhofer Institute for Material Flow and Logistics itself also continued to break new ground: In March 2019, BEULCO GmbH signed a contract with the Digital Hub Logistics, which is supported by Fraunhofer IML, among others, and supports companies in the development of new products, services and business models. Since then, BEULCO has been developing and marketing new intelligent and digital products and systems for water supply with its start-in iQ water solutions on the premises of the Digital Hub Logistics. “Under the iQ water solutions brand, we market physical components of the drinking water network that are networked by microelectronic components with smart IoT devices,” says Martin Lange, business manager iQ water solutions. “The central component is the iQ Cloud, in which all relevant network data can flow together and be processed.”

In his laudatory speech, Prof. Dr. Michael Henke, Director of the Fraunhofer IML Institute, also attested to the company’s management’s “palpable desire for digitization”. Henke was also convinced that the medium-sized company is succeeding in digitization because of its great openness to cooperation with scientific partners: “Suitable scientific support has an accelerating effect on the digital transformation of companies. BEULCO GmbH and the start-up iQ water solutions are a good example of this.”