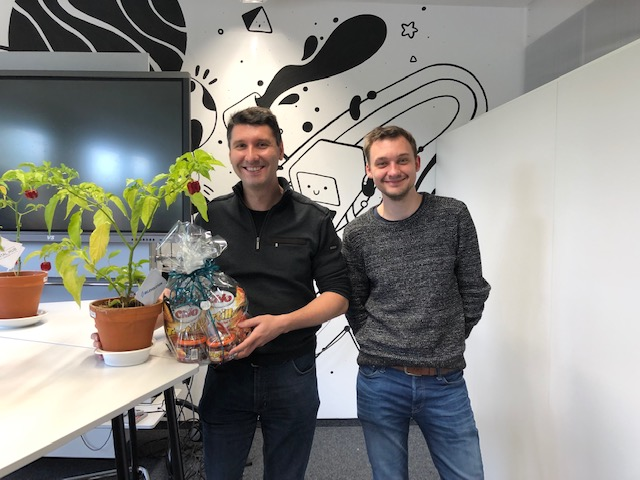 HUB.anero – the winners have been announced!

Working together, growing together: A nice motto for the community project of the Digital Hub Logistics. Under the name “HUBanero”, the members of the Hub took care of chili plants of the particularly hot Habanero variety. Now the winners have been announced: BG.Evolution, our start-in from the Beumer Group.

Within a period of three months, the most and sharpest chili fruits had to be harvested. The idea behind the competition was to raise awareness for innovation and creativity. The Start-in was happy about spicy tortilla chips with salsa dip and the home-grown Habaneros find their way directly into the dip.

The extent to which the start-up and start-in gardeners were involved in the community project was demonstrated by the fact that each of the six teams also gave its plant a name. “Pflanziska” was the most productive plant. Each team, winner or not, now wants to continue caring for its own plant. Each of them has become a member of the team and is not neglected.

At the end of the award ceremony there was still a lot of discussion and networking: 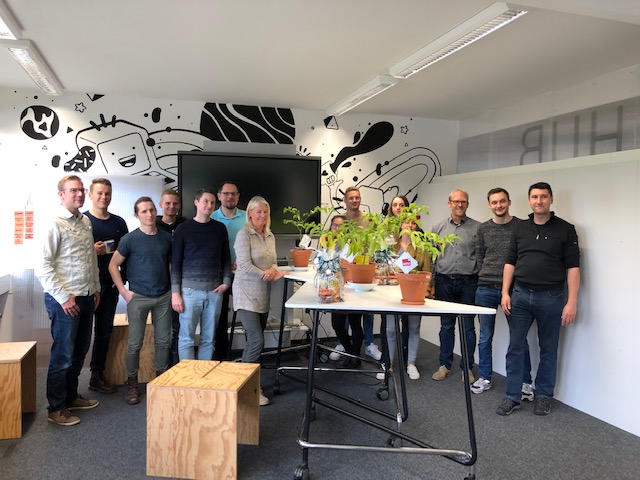